Did you know that your zip code can be a predictor of your health? So can your place of birth, where you work and play, your income and education, and a host of other factors – in addition to the choices you make each day about what to eat, when to work out and whether or not to see a doctor. These factors, what public health professionals recognize as “social determinants of health,” are linked to the inequities in health and health care (health disparities), among racial and ethnic minorities in America.

During National Minority Health Month each April, the U.S. Department of Health and Human Services (HHS) Office of Minority Health (OMH) leads the nation in raising awareness about these disparities, their causes and the impact they have on minority communities and on the nation as whole.

Health disparities exact a devastating toll on the productivity and economic growth of our nation, which makes this an issue of importance to all Americans. Over $50 billion of indirect medical costs resulting from illness are attributable to health inequalities.

The theme of this year’s National Minority Health Month observance – Accelerating Health Equity for the Nation – reflects both a sense of urgency and a sense of determination in moving the country forward toward health equity. That same urgency and determination in 1985, led a group of concerned health care leaders to convene the first comprehensive federal study of the health status of racial ethnic minorities. The results of the groundbreaking Report of the Secretary’s Task Force on Black and Minority Health (Heckler Report) quickly ushered in a new era in addressing minority health issues, and led to the establishment of OMH in 1986.

There has been progress in the decades since – for example, life expectancy gaps are narrowing, and all Americans, including racial and ethnic minorities, are living longer than ever before. Advances in science and access to quality health care have produced considerable improvements in the health of the nation, because of the Affordable Care Act, the HHS Action Plan to Reduce Racial and Ethnic Health Disparities and the National Partnership for Action to End Health Disparities. Despite these advances, disparities persist for minority populations when compared to non-Hispanic whites and are evident in higher rates of diabetes, heart disease, hepatitis B, HIV/AIDS and infant mortality, among other conditions. 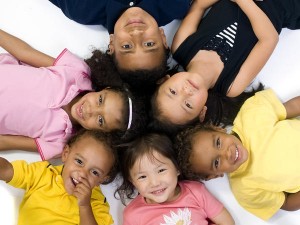 The HHS Office of Minority Health is leading efforts to promote and institutionalize the extraordinary steps taken by HHS and the Obama Administration to reduce disparities, advance equity and strengthen our nation as a whole by prioritizing high quality education, safe neighborhoods, quality housing, reliable transportation, clean air, stable employment and nutritious foods for all Americans.

Every community deserves good health. Everyone can join OMH and its federal, state, tribal and local community partners during April and throughout 2016, in accelerating health equity for the nation.

For more information on National Minority Health Month and how you can get involved, visit www.minorityhealth.hhs.gov/NMHM16.