In 1985, when the Report of the Secretary’s Task Force on Black and Minority Health, or the Heckler Report, was published, Americans overall were seeing improvements in their life expectancy and overall health status.  However the Heckler Report drew attention to the sad fact that African Americans, Hispanics, Native Americans, and other minorities were not enjoying the same improvements in their health and life expectancy that non-minorities were.  A special task force was convened by Margaret Heckler, the Secretary of the Department of Health and Human Services at that time.

The Task Force on Black and Minority Health, chaired by Thomas Malone, PhD., was convened in response to, “a national paradox of phenomenal scientific achievement and steady improvement in overall health status, [on the one hand and the existence of] persistent, significant health inequities [on the other]…”  The task force was thus charged with elucidating pervasive disparities in racial and ethnic health outcomes.  While it had been well known that these disparities existed, this was the first time that experts from many different areas came together, “to carry out a comprehensive and coordinated study to investigate the longstanding disparity in health status of Blacks, Hispanics, Asian/Pacific Islanders, and Native Americans compared to the non-minority population.” 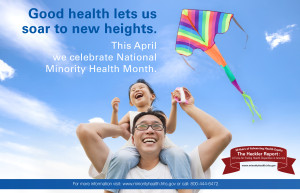 The report was eye-opening because it presented quantitatively that African Americans, Hispanics, Native Americans, and other minorities had poorer outcomes in areas such as life expectancy, infant mortality and low birth weight, cancer, cardiovascular and cerebrovascular disease, diabetes, and even homicide and unintentional injuries.  The hope was that by highlighting the disparities, we would be successful in our efforts to eliminate them.

According to Margaret Heckler, the report, “…can — it should — mark the beginning of the end of the health disparity that has, for so long, cast a shadow on the otherwise splendid American track record of ever improving health.”  The report presented many recommendations, including but not limited to:  a) emphasizing prevention and primary care; b) expanding prenatal Medicaid benefits; c) increasing minority communities’ access to health professionals and medical care; d) increasing collaborative efforts of state and local governments, professional associations, and other health-related organizations; e) improving data quality; and f) a research agenda that would increase risk factor identification, focus on health education, and elucidate the relationship between sociocultural factors and health. 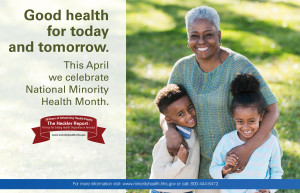 RESULTS OF THE HECKLER REPORT

However despite the improvements, a significant proportion of the racial and ethnic health disparities still exist or have worsened.   For example, as of 2012, the disparity has grown for African American women ages 40 and up, in early diagnosis of advanced stage breast cancer.  Thus, in the 30 years since the Heckler Report, we are much further along in our quest for health equity, but we still have a long way to go.