The Centers for Disease Control and Prevention (CDC) has reported 153 travel-related cases of Zika, and Florida tops the list. The state with the highest number of reported Zika cases, as of Friday, March 4, Florida had 48 confirmed cases, four of which are pregnant women.

So why does Florida have the most reported cases? Mosquitoes. The Zika virus is transmitted by the Aedes aegypti mosquitoes, commonly found in Florida. Notably, Zika belongs to the same family of mosquito-borne viruses as the West Nile Virus.

Florida has prompted a public health emergency, and just last week, Florida received 500 additional antibody tests, and plans to test more than 4,600 people for active Zika virus and 1,500 people for the antibody.

The Zika virus was discovered in 1947 in the Zika forest in Uganda. It is hard to determine the exact amount of cases over the years as Zika symptoms are common to a host of other diseases. The Zika virus causes fever, rash, joint pains, and conjunctivitis. Symptoms are mild, last a few days, and rarely are people hospitalized or killed by it. In fact, 80% of people infected will be asymptomatic. Up until now, it has not led to widespread transmission or concern. 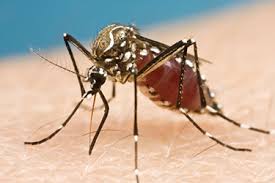 However, Zika outbreaks in Brazil have now been linked to increased cases of microcephaly, a lifelong birth defect that leaves children with abnormally small heads and severe developmental and physical health issues. So far, Brazil has counted at least 4,000 cases linking microcephaly with the Zika virus. Recently, researchers at Florida State University reported evidence of the link between the Zika virus and brain abnormalities in unborn babies. The report shows that the Zika virus targets brain cells that stunt growth.

Currently, there are no vaccines for Zika.

Health organizations say the best way to prevent the transmission of the Zika virus is to avoid mosquito bites, especially during the daytime. They caution travelers to avoid countries where the Zika virus has been found, wear long shirts and pants, stay in covered places, cover beds, windows, and doors with screens and nets, use insect repellent, and use protection during sexual intercourse. It is advised that people infected with Zika not get bitten by mosquitoes as this will transmit to next person bitten by that mosquito.

For more information regarding the Zika virus in Florida, visit the Florida Department of Health.